Opinion | A shot in the arm for Mexico’s democracy 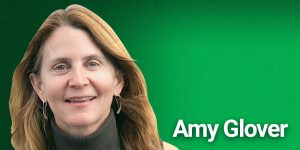 The rejection of the electricity reform in the Mexican Congress on Easter Sunday was a major defeat for President Andrés Manuel López Obrador (AMLO) and a game-changing win for Mexico’s democracy. To ensure it is not a pyrrhic victory, however, civil society must continue to defend an energy transition, and the fractious Mexican opposition needs to articulate a clear alternative path for the country as the 2024 presidential election moves closer.

After months of discussion that included many different stakeholders, including pressure from the US government that pointed out that the electricity reform as proposed would violate provisions of the USMCA trade deal, Mexico’s opposition parties rallied together to block one of the president’s hallmark legislative priorities. By favoring the state-owned utility (CFE), the reform would have closed the doors on Mexico’s power sector to private investment, concentrated precisely on renewables.

Now what? The debate is not over. Those who understand the need for a low carbon future should continue to make the case before the public. Mexico can be an energy powerhouse by focusing on both improving efficiency (e.g., reducing and capturing hydrocarbon methane emissions) and the rapid development of renewable sources, such as solar, wind, hydro, and others. Mexico will have less energy security if it continues to look over its shoulder to a hydrocarbon past and has much to gain by embracing a renewable future.

Beyond the energy sector, this defeat is important for democracy, a messy and annoying form of government for which AMLO has shown little tolerance. Many in Mexico’s private sector, the comentocracia and the opposition have been sunk in despair of late, viewing AMLO’s hold on power as monolithic and unshakeable. After all, while his popularity has decreased, he still enjoys approval ratings above 50 percent.

How soon we forget that just last June -despite big wins at the state level- AMLO’s party (MORENA) lost its hold on Mexico City, the country’s political center of gravity. The turnout was high for a mid-term election – a good sign for democracy because it means citizens believe they have influence – and MORENA lost its super majority in Congress, ultimately making possible this recent legislative decision.

Further, after much presidential bullying, on April 10th the National Electoral Institute (INE) held an unusual referendum to decide whether to revoke the president’s mandate. Yes, AMLO insisted that the pueblo speak anew, despite a fixed six-year presidential term with no re-election. This confusing exercise came off with a yawn and was declared inconclusive because of low voter turnout. So much for the average voter being easily fooled.

After over three years in power and with paltry results to show for it, Mexicans are likely to soon tire of AMLO’s political ploys and victimization histrionics. The economy continues to struggle, inflation is on the rise, and the security situation has gone from bad to deplorable.  He was certainly right from a political perspective when he said that the pandemic fit his government like a glove; a weak economy was easily blamed on factors beyond his control. But who or what will be the scapegoat now? He will no doubt find one, but the excuses are wearing thin.

Far from feeling self-satisfied, however, opposition parties need to build on the momentum and articulate a vision for what they offer beyond complaining about the current government. The lesson to be taken from this democratic exercise is that the Mexican opposition will only be successful if they find common cause.

While that may seem a tall order for such a disparate group (PRI, PAN, PRD and perhaps MC), maybe it isn’t impossible. Ideology and political platforms play a minor role in Mexican politics. Instead, it’s all about “who’s who,” political tribalism and pragmatism. Seen from this lens, why couldn’t these parties concur on a democratic and economically aspirational (a pejorative term, in AMLO’s opinion) vision for Mexico?  The challenge will not be ideological affinity, but rather ensuring that political leaders put aside their egos for the good of the nation. No small feat, perhaps, but possible as a realpolitik imperative.

The Mexican intelligentsia loves to be dour when discussing politics, but the fact of the matter is that the country’s democracy is alive, if imperfect and fragile. The most encouraging trend is that active debate over complex public policy issues like electricity generation are thriving. Mexicans are increasingly passionate about politics and while that can be a source a division, it can also be the foundation for constructive democratic debate. Those who want to see a new political trend in Mexico would do well to emphasize the later.

Opinion | Geoengineering in North America: a Scary Idea or a Way to Save the World?