Opinion | Reflections on the potential economic upside for Mexico 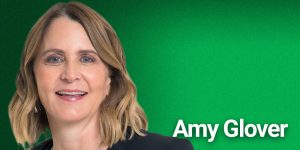 For those who follow developments in Mexico, the hand-wringing over the state of politics is ubiquitous and many of the current ills are in keeping with global trends: nationalist rhetoric, leadership styles that deepen social divisions, and public policy decisions based on ideology instead of science or public policy efficacy. For this reason, many are bearish on Mexico and while understandable, there are factors that are not so dour that we should keep in mind. I wrote this focusing on what the economic upsides are for Mexico, setting aside the considerable political downsides in the hopes that perhaps this too shall pass.

What, then, can be said about where Mexico is positioned in terms of economic competitiveness beyond its complex political challenges? Mexico stands above the rest when it comes to some key competitive fundamentals in Latin America, factors that are largely outside of the country’s control and related to demography and geography. With a market of almost 130 million people, Mexico is a trend-setter that no company with ambitions to establish itself or expand regionally can afford to ignore.

Mexico is still a young country, with a population of an average age of 29 years (the average age in the U.S. and Europe are 38 and 43, respectively), providing it with cool, hip, street-cred, particularly as viewed from the outside. Just ask all the foreigners living in Mexico City’s colonia Roma. That cultural mojo is relevant when it comes to establishing regional trends in entertainment and digital innovation (fintech, insurtech, foodtech, mobilitytech, etc.). And yes, these economic sectors are important and on an upward trajectory.

The digital economy has made great headway in Mexico over the last two years, which means that the difficulties associated with establishing a bricks and mortar business (bureaucratic, legal and financial obstacles) are reduced, a factor that has empowered many in the middle class, including women. The digital economy allows entrepreneurs to leap-frog over many of these impediments. The future is here and there is simply no turning back from on-line sales, on-line learning and on-line dating. For Mexico, a country with an amazing entrepreneurial spirit, that is exceedingly good news. Euromonitor estimates that in retail alone, electronic commerce will increase by 226 percent in Mexico by 2025, representing 58 percent of total retail sales growth.

Manufacturing is also critically important; industry comprises almost 30 percent of Mexico’s GDP and about 89 percent of its exports. Mexico continues to hold major comparative advantages – comparatively low wages, experience competing in the U.S. and Canada, cultural affinities and geographic location – which could be more effectively exploited if a plan to attract nearshoring existed. An investment promotion strategy may still be put in place either by the government or by the private sector and some movement in this direction is already afoot from the latter.

But even without a strategy to attract investment, Mexico will likely be a nearshoring beneficiary. The U.S. and China will remain with horns locked as they compete to establish their vision of the global future. Mexico is in the interesting position of being able to curry favor with both, the most relevant of which remains the U.S.. The U.S. economy is recovering nicely and this will undoubtedly benefit Mexico’s economy as well.

Mexico and the US are joined at the hip for economic and cultural reasons. According to recent numbers from the U.S. Census Bureau, 61.4 percent of the Hispanic population of 60.5 million are of Mexican origin. That is a lot of people and they send an inordinate amount of money back home to their families in Mexico. These remittances have kept Mexican households afloat during the Covid-19 pandemic and survival is a good thing, even if it does not translate into productive, long-term investment at present.

And then there is the thorn in the side of Mexican competitiveness that is the energy sector. The bad news is that in Mexico the public sector plays a pivotal role in providing energy and this government has a plan for the twentieth century. The good news is that the energy transition will happen anyway. Reality can be denied temporarily, but is implacable. The global energy transition is an economic and climate imperative. Fortunately, when it gets its act together, Mexico can be a renewable energy powerhouse with massive comparative advantages in both wind and solar.

Mexico continues to punch below its weight and that is frustrating because of the country’s enormous potential. But be patient, because Mexico is still very much in the game, regardless of its often dysfunctional politics.