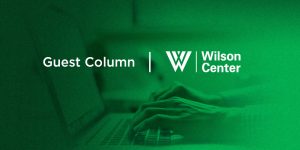 Mining has played a significant role in Mexico’s development over the past four centuries and has the potential to play an even more prominent role for Mexico in the 21st century as the world looks to clean energy as the solution to addressing climate change. Critical minerals are an essential component of the clean energy transition. One electric vehicle, for example, requires six times as many mineral resources as compared to a conventional car and an onshore wind plant requires nine times more mineral inputs than a traditional, gas-fired plant. Now, imagine that demand for mineral inputs on a global scale, as countries race to advance clean energy technologies required to ease the global dependence on fossil fuels. In short, mining is directly linked to the future of the clean energy transition.

With its resources, extractive abilities, and national history of mining, Mexico could become a key player in supplying critical minerals in the coming decades. Mexico’s two million square kilometer territory is home to significant geological diversity and the country’s mining industry as a whole constituted 2.3 percent of national GDP and 8 percent of the country’s industrial GDP in 2019. That same year, mining operations were underway across 24 states and 212 municipalities across Mexico, directly employing some 400,000 people and indirectly employing over 2 million. In 2020, Mexico ranked among the top 20 world producers of 23 different minerals, six of which have received the critical designation from the US, meaning that they’re crucial to both national security and economic prosperity, vulnerable to supply chain disruptions, and/or serve an essential function in manufacturing – categories which, of course, also encompass clean energy technologies.  Mexico is the world’s number one producer of silver (contributing nearly a quarter of the world’s production), the world’s second largest producer of fluorspar, and the world’s third largest producer of celestite, sodium sulfate, and wollastonite.

It’s lithium, however, that plays a fundamental role in the energy transition and presents an intriguing possibility for Mexico. The U.S. Geological Survey estimates that Mexico has 1.7 million tons of lithium deposits, ranking the country ninth in the world for this mineral. Lithium is absolutely essential for the energy transition given its use in rechargeable batteries, including those for electric vehicles, grid energy storage, and consumer electronics, such as cameras, laptops, and cellphones. It is important to say that mining of lithium in Mexico is still in its nascent phase with private sector players conducting initial activities in some sites.

However, a new provision in the Mexican government’s recently proposed overhaul for the energy sector could complicate Mexico’s critical minerals mining industry. The reform calls for the nationalization of any materials, including lithium, copper, and other critical minerals, that the López Obrador administration deems essential for the country’s “energy sovereignty.”  Though the fate of the reform ultimately lies in the hands of Mexico’s Congress and will not be determined until the spring of 2022, President López Obrador has said that should the broader energy reform fail, the government will proceed with the nationalization of lithium through the creation of a state-owned enterprise to be termed Litomex. The government’s plans for Mexico’s lithium supply are still to be determined, but the president has repeatedly claimed that existing lithium concessions will not be affected by the government’s change in policy. Future concession requests from private and foreign companies, however, will be denied.

While the nationalization versus privatization debate has long raged in Latin America, the region’s approach to critical minerals, specifically lithium, is not uniform. Bolivia, for example, has partially nationalized the lithium supply chain via the creation of a state company to lead development of a domestic lithium battery supply chain in collaboration with a German firm. Chile, on the other hand, has simplified the process for foreign investment, resulting in substantial mining projects estimated to be worth over US $2 billion. It’s too soon to ascertain the impact of these distinct approaches to nationalization of lithium; only time will tell which strategy proves most effective and successful.

However, Mexico’s recent history with managing state-owned enterprises in the energy sector does not bode well for Litomex. Take Pemex, the state-run oil firm, for example. The nationalization of Mexico’s oil industry has limited Pemex’s ability to cooperate and collaborate with private firms, hampering innovation and making it difficult for Pemex to develop and incorporate new technologies, techniques, and expertise – all of which are essential for companies to keep pace with the rapidly changing and advancing extractive industry. While some could argue that the nationalization of oil in the early 20th century fostered industrialization in Mexico, it is also true that the limits imposed by excluding the private sector came at a high cost – the price of which can be quantified by Pemex’s current debt of over US $100 billion. Though the petroleum and critical minerals industries are fundamentally distinct, for many, Mexico’s past experience with nationalization is foreshadowing for what could transpire with lithium.

Mexico is approaching a crossroads: its mineral resources, extractive abilities, and human capital talent have uniquely positioned the country to play a major role in the critical minerals supply chain, in North America and beyond. However, the López Obrador administration’s push for resource nationalism and anti-business stance is a significant source of concern, not just for mining companies, but for foreign investors and governments who perceive Mexico as unpredictable and risky. Mining opens Pandora’s Box, so to speak, in terms of environmental, social, and governance challenges – all of which can have serious consequences on the communities in which mines are located and minerals are processed. The Mexican government and mining companies, both domestic and foreign, have a responsibility to prevent, mitigate, and address environmental harm. The US and Canada may be able to foster accountability through the environmental protection provisions put forth by the USMCA to strive for a sustainable and equitable approach to mining in Mexico. But, the failure to confront these challenges in pursuit of minerals for clean energy technologies would seem like a deliberate Mexican government decision to continue utilizing traditional energy sources, which means continued reliance on fossil fuels.

As both the pandemic and the pandemic-induced supply chain shortages have illustrated, cooperation between allies to ensure security of supply is essential and the critical minerals supply chain, from extraction to processing and distribution, is no exception. If Mexico chooses to go it alone, it will surely miss out on another golden opportunity to develop its natural resources to the benefit of its people, its partners, and the world.

* Alexandra Helfgott works in the Office of Strategy and New Initiatives at the Woodrow Wilson International Center for Scholars. Prior to this, she was a Fulbright Garcia Robles English Teaching Assistant in Mexico City and Guadalajara, Mexico. She graduated with honors from the College of Charleston. Twitter: @alexandrahelf
0
SHARES
0
VIEWS
Share on WhatsappShare on FacebookShare on TwitterShare on LinkedIn
Next Post