TREND: In August, US-Mexico trade grew 1.26% compared to July 2021 and is up by 28.36% compared to August 2020. Mexico is still the US’s largest trade partner for the seventh month in a row this year, however Canada has been trading more with the US month-to-month since May 2021. Total trade between Canada and the US in August was US $56.8 billion compared to Mexico’s US $56.3 billion. Today Canada is behind Mexico as the US’ second largest trade partner by only $2.6 billion, which represents less than 0.1% of total US trade. North American trade today represents almost one third of all US trade. This month we will explore how trade between the US’ three largest trade partners has changed. 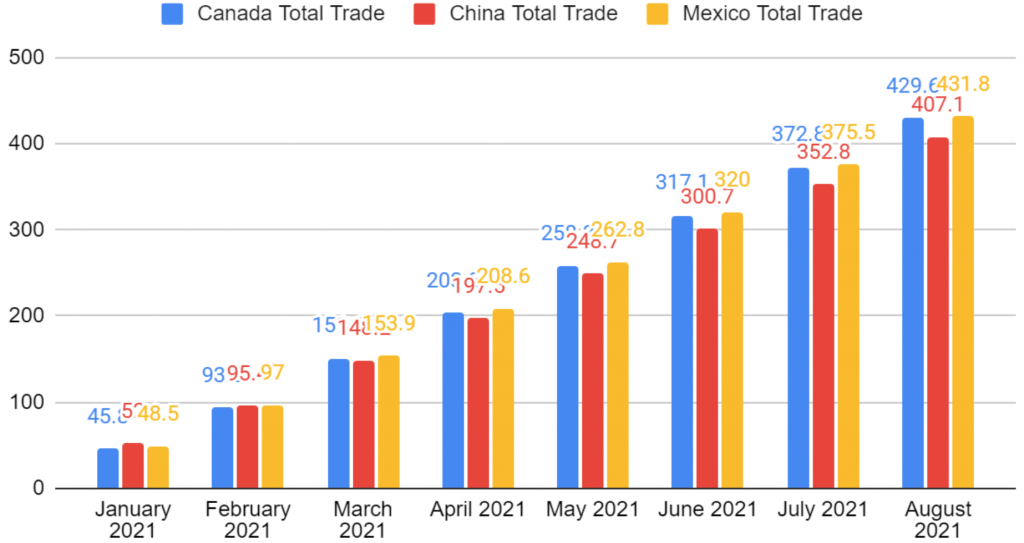 •As of August 2021, although Mexico’s share as the US second top export market for goods stayed the same as July 2021 (16.0%) it has been however closing the gap with Canada. Canada’s share as the leading importer of US goods stayed the same this month at 17.77%. US exports to China decreased again for the fifth consecutive month from 8.8% in February to 8.3% in August. 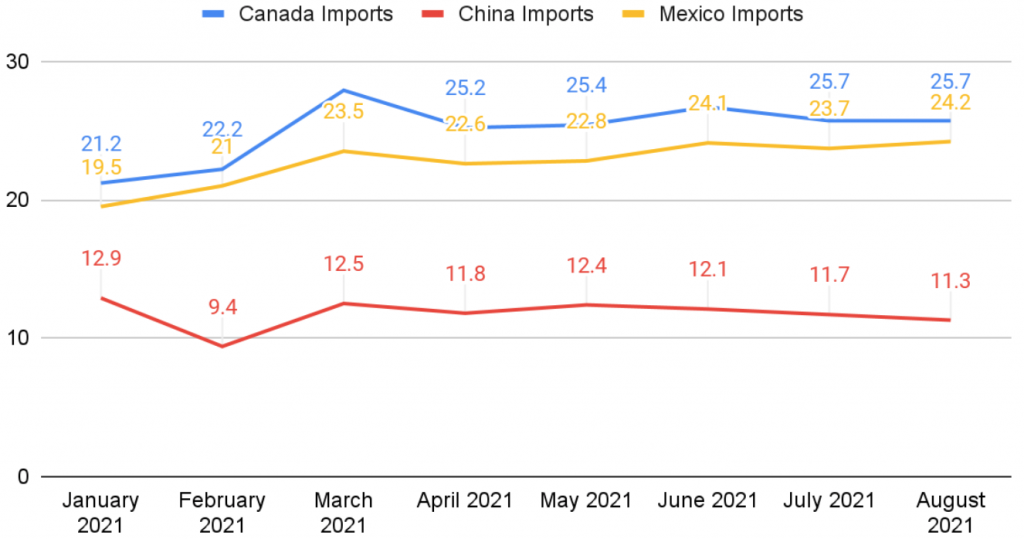 TAKEAWAY: US-Mexico trade recovered after a slight decrease in July 2021, however Chinese and Canadian exports to the US have been increasing and closing the gap with Mexico compared to the beginning of the year. US-Canada trade, mostly driven by its increase in Canadian exports while maintaining stable numbers in US imports, has been higher than US-Mexico trade for months, and has been consistently closing the gap with Mexico. Chinese exports to the US have also been accelerating at a rate faster than Mexico and Canada’s, and have been consistently rising since April. Although Mexico is closing the third quarter continuing to be the US’ largest trade partner, competition with both China and Canada is strong.